A web tool to track security force activity and make it harder for human rights abusers to hide. 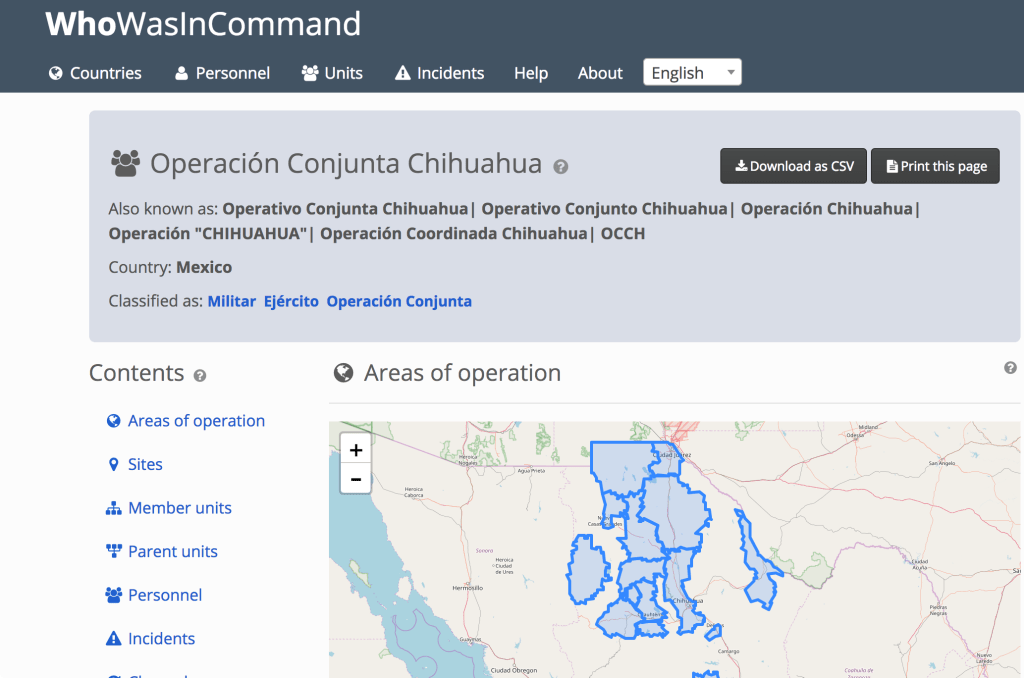 WhoWasInCommand is an open source web tool for compiling public information on security forces with the goal of aiding journalists, human rights groups, litigators and others to hold security forces accountable.

At DataMade, I led the project to build WhoWasInCommand in collaboration with the Security Force Monitor, a project of the Human Rights Institute at Columbia Law School. WhoWasInCommand helps the Security Force Monitor collect and scrutinize dossiers on units, personnel, and incidents associated with security force activity around the world, sourced from news articles and released to the public through an explorable interface.

For a guided tour of WhoWasInCommand, see my blog post announcing the launch. 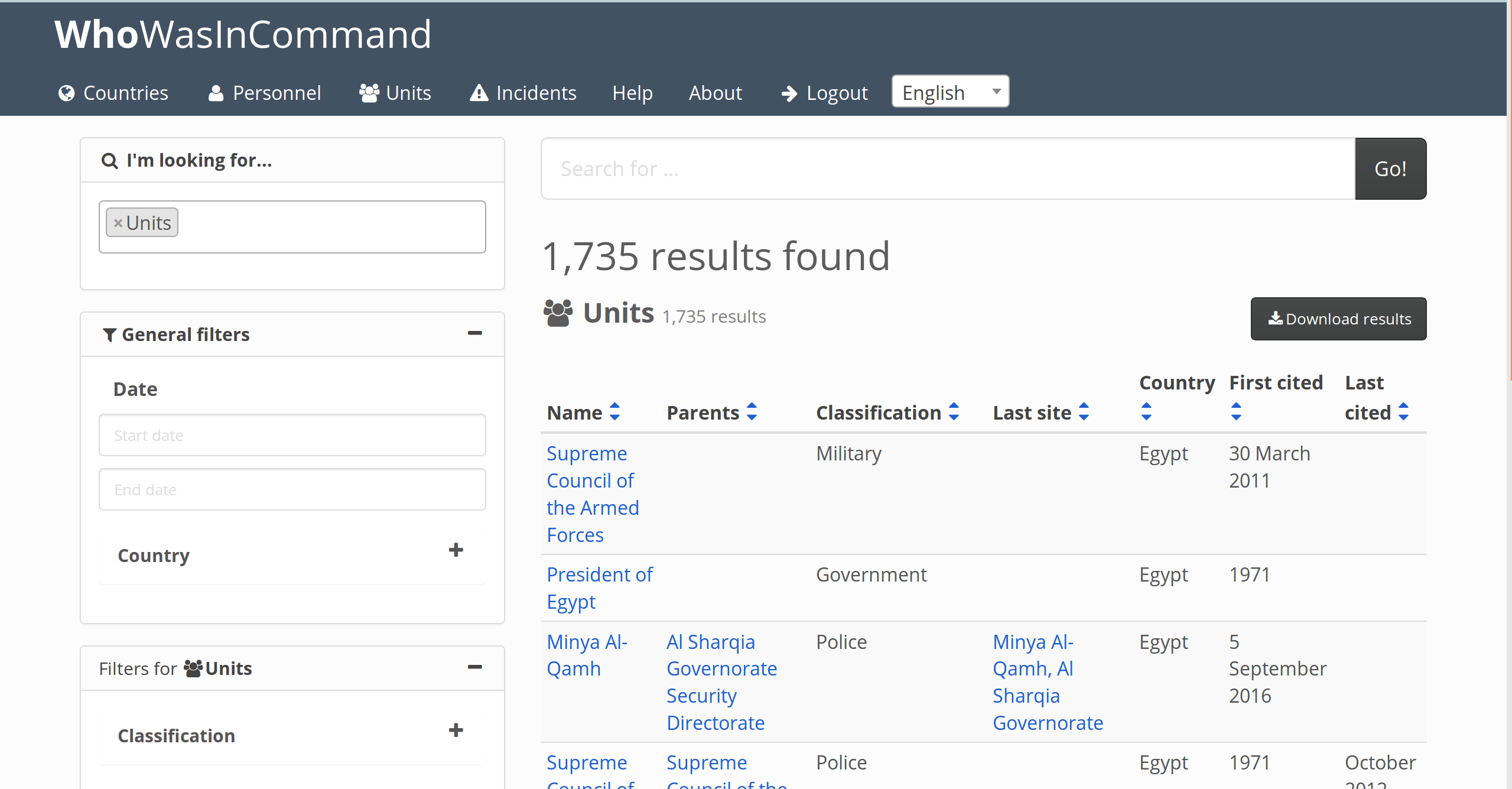 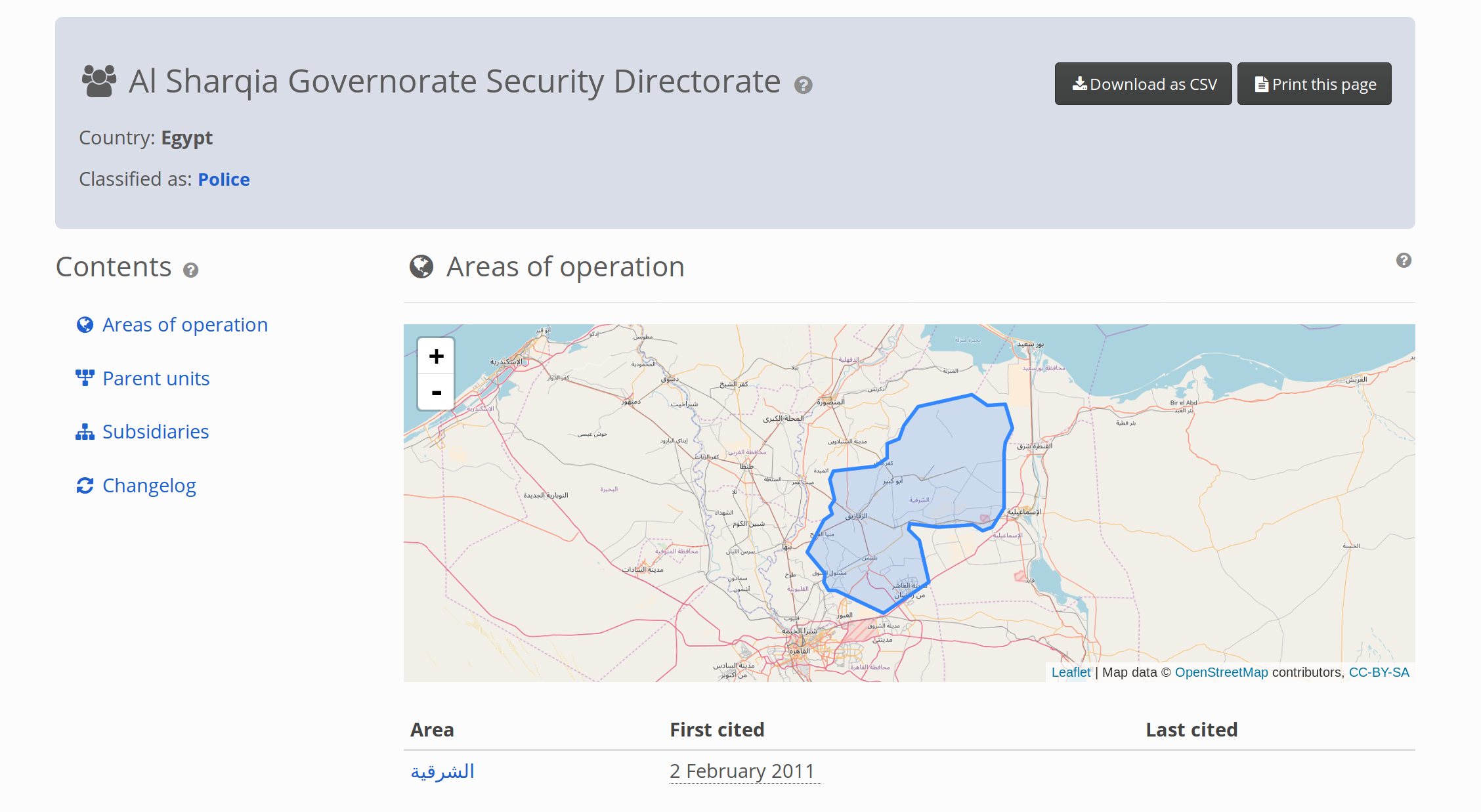