A New Media campaign to convince Chance the Rapper to run for mayor of Chicago. 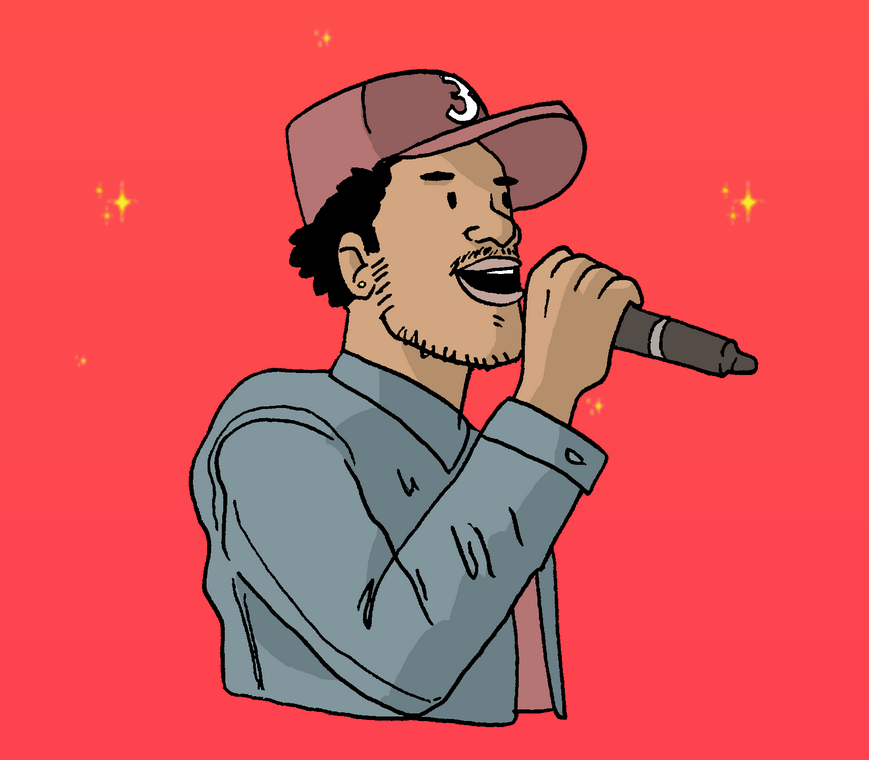 Chano4Mayor launched in April 2017 as an exercise in political imagination. What would happen if a young, Black artist from the South Side were to gain a position of power in Chicago, a city which has worked for a century to disempower and disenfranchise its Black citizens?

Together with Alex Soble, Bea Malsky, and Kalil Smith-Nuevelle, I helped create a new media campaign to explore this question. We built a website, a Twitter account, and a meme generator to help people play with our vision of a more just Chicago. 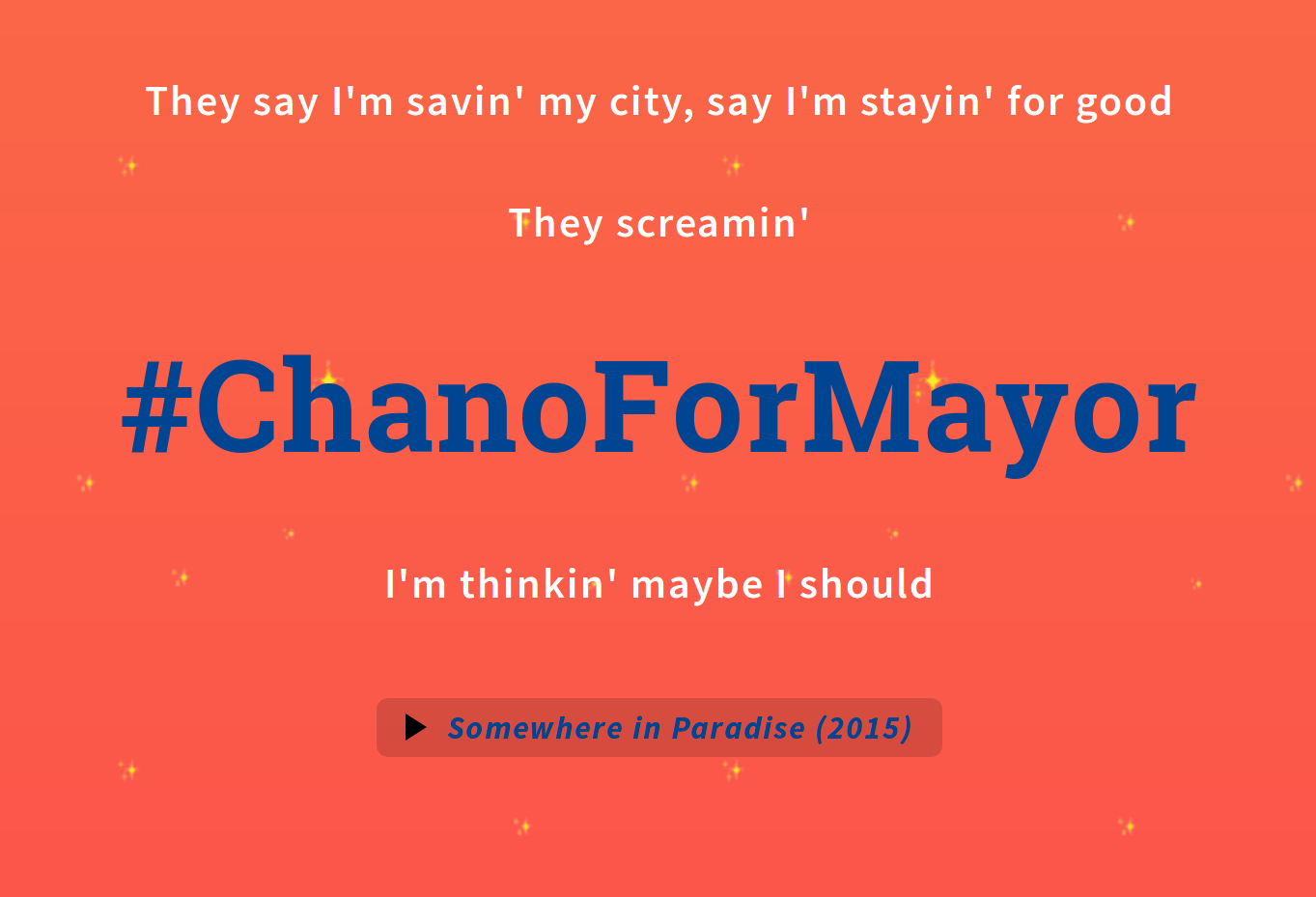 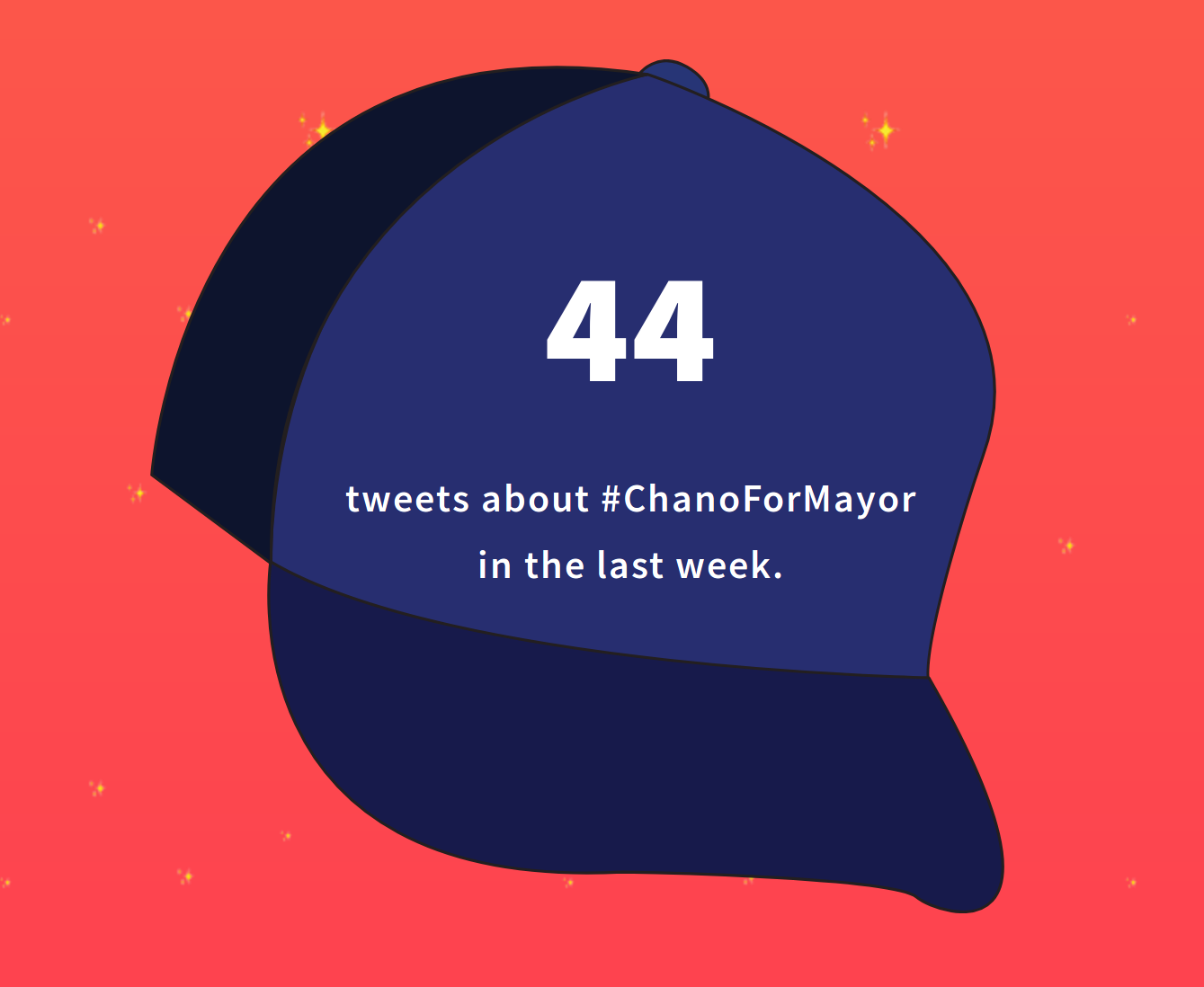 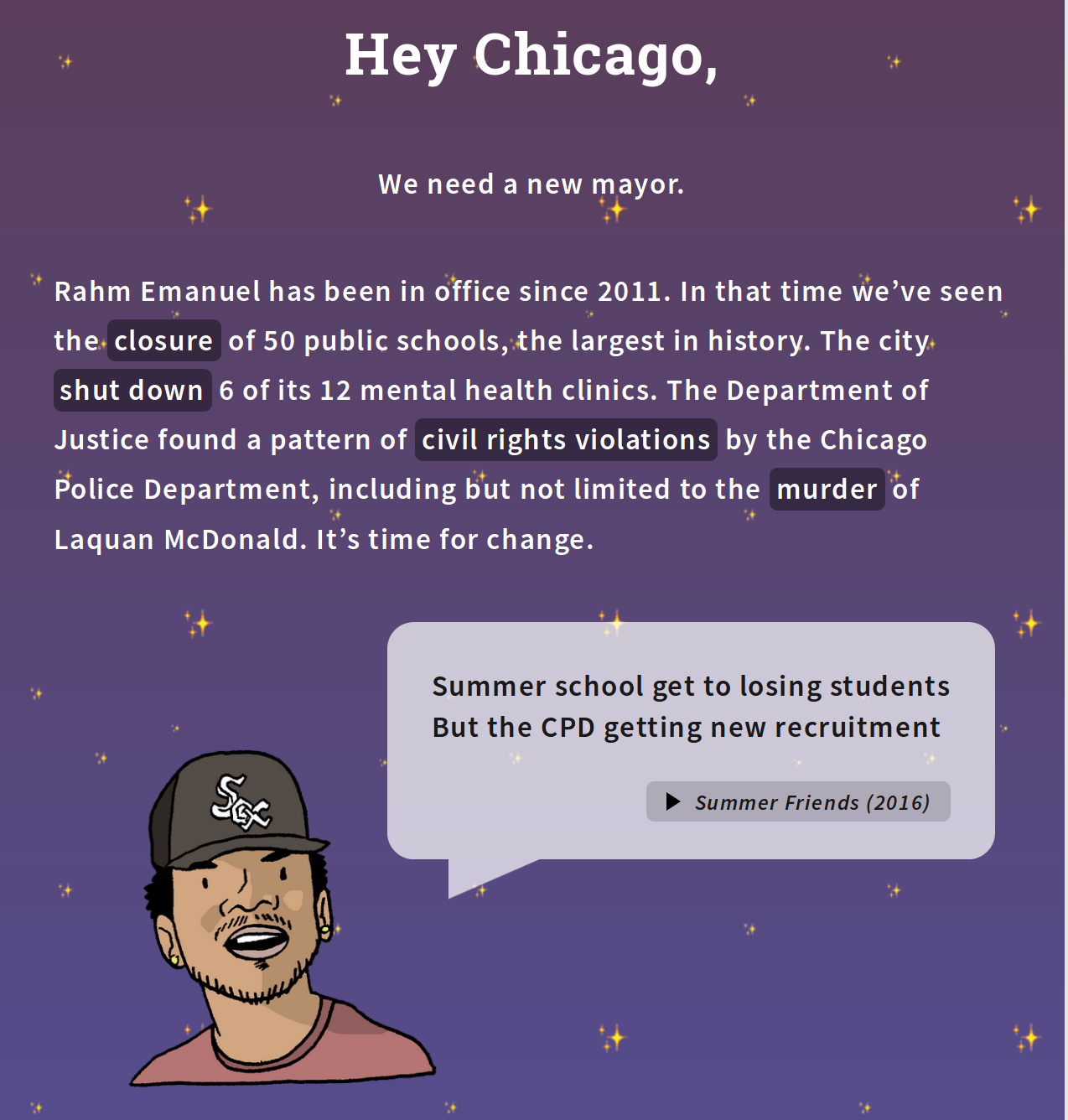 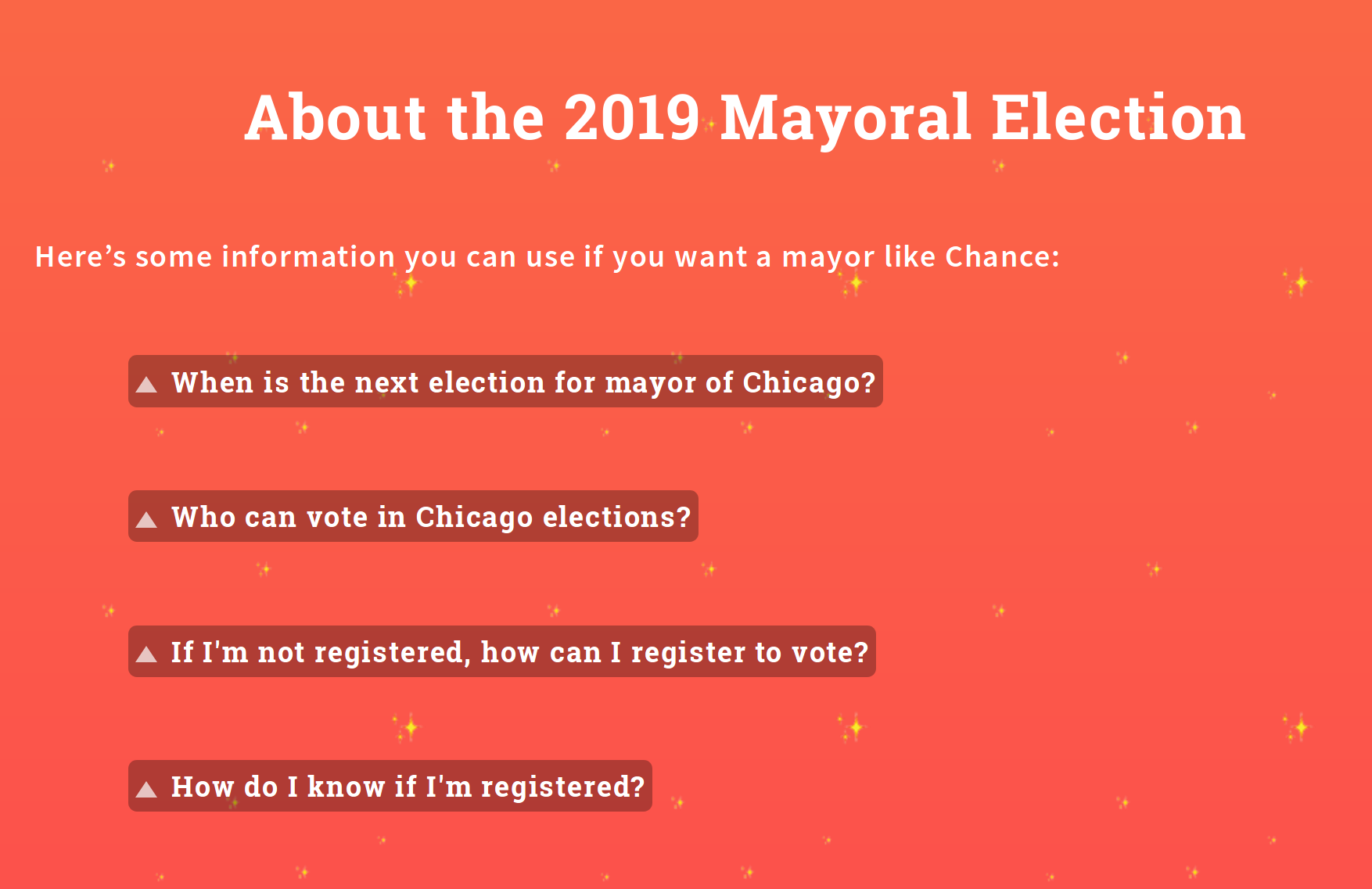 We also built a Twitter account with a meme generator that takes text from mentions and creates memes about Chance. 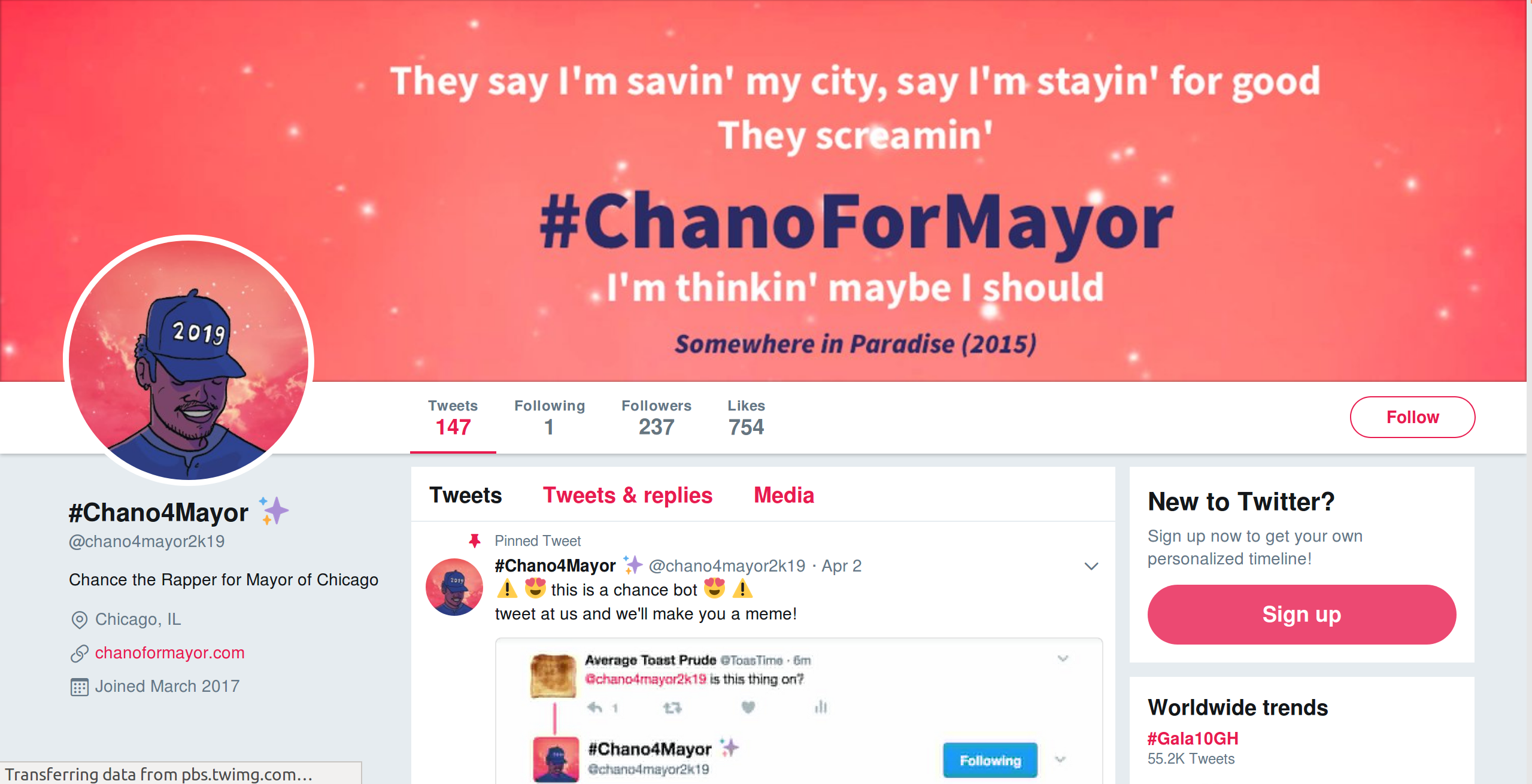 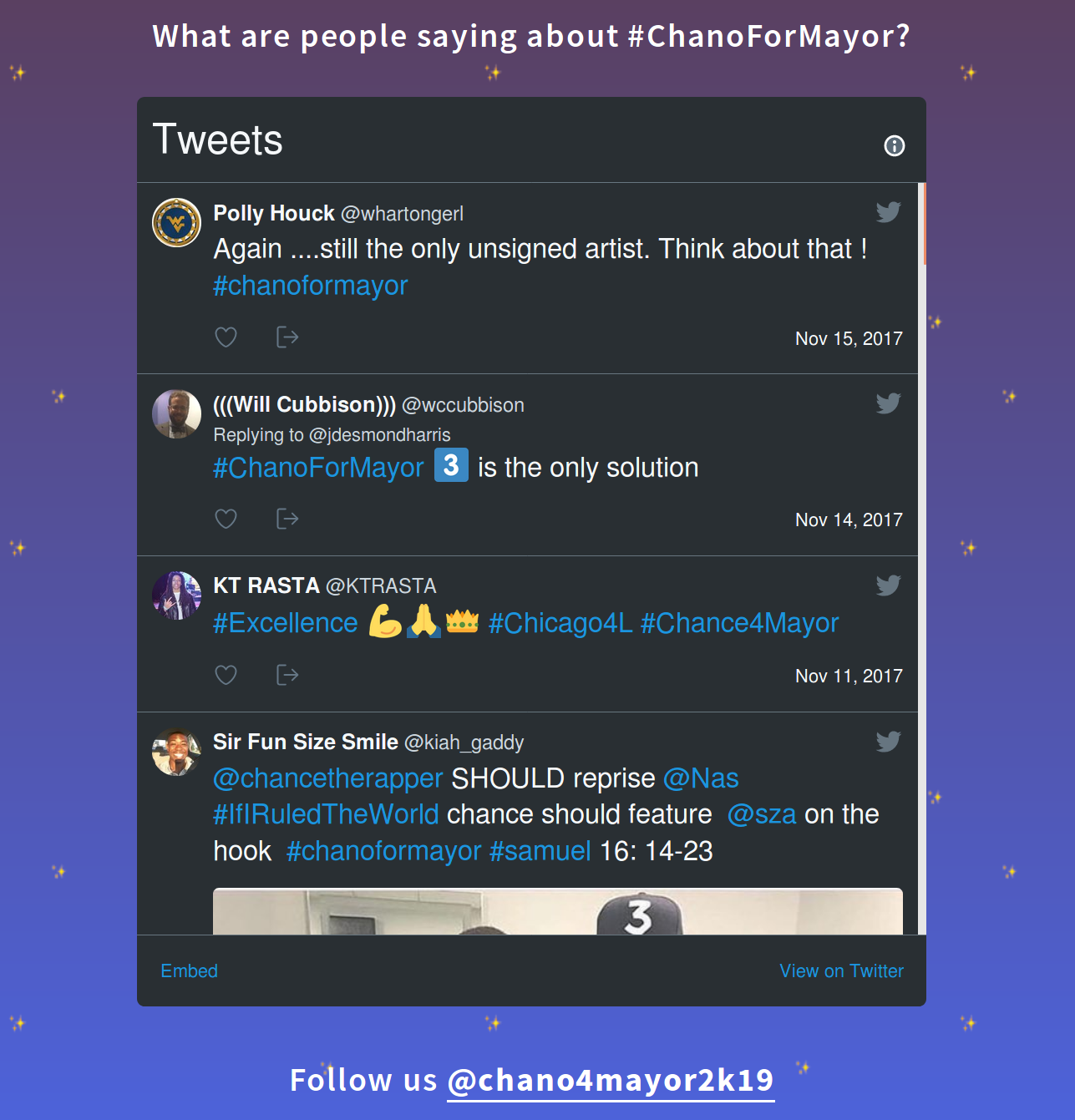 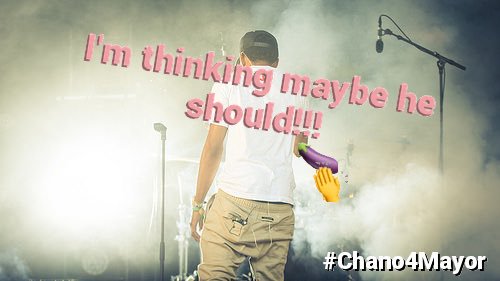 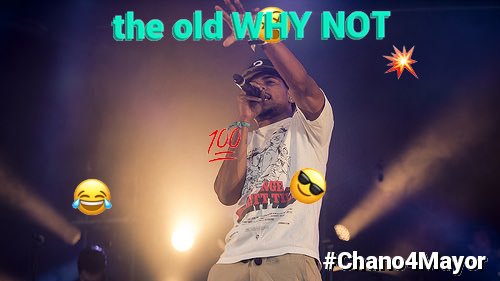 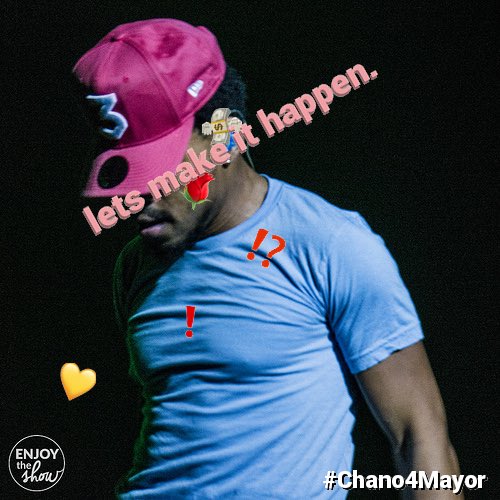 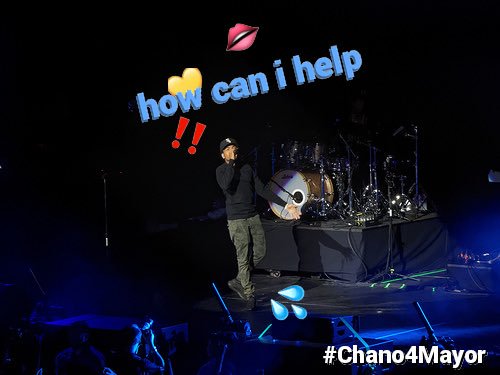 Watch me and Alex give a talk about lessons we learned from building Chano4Mayor at Chi Hack Night.

If you prefer, take a look at the slides that powered our presentation. 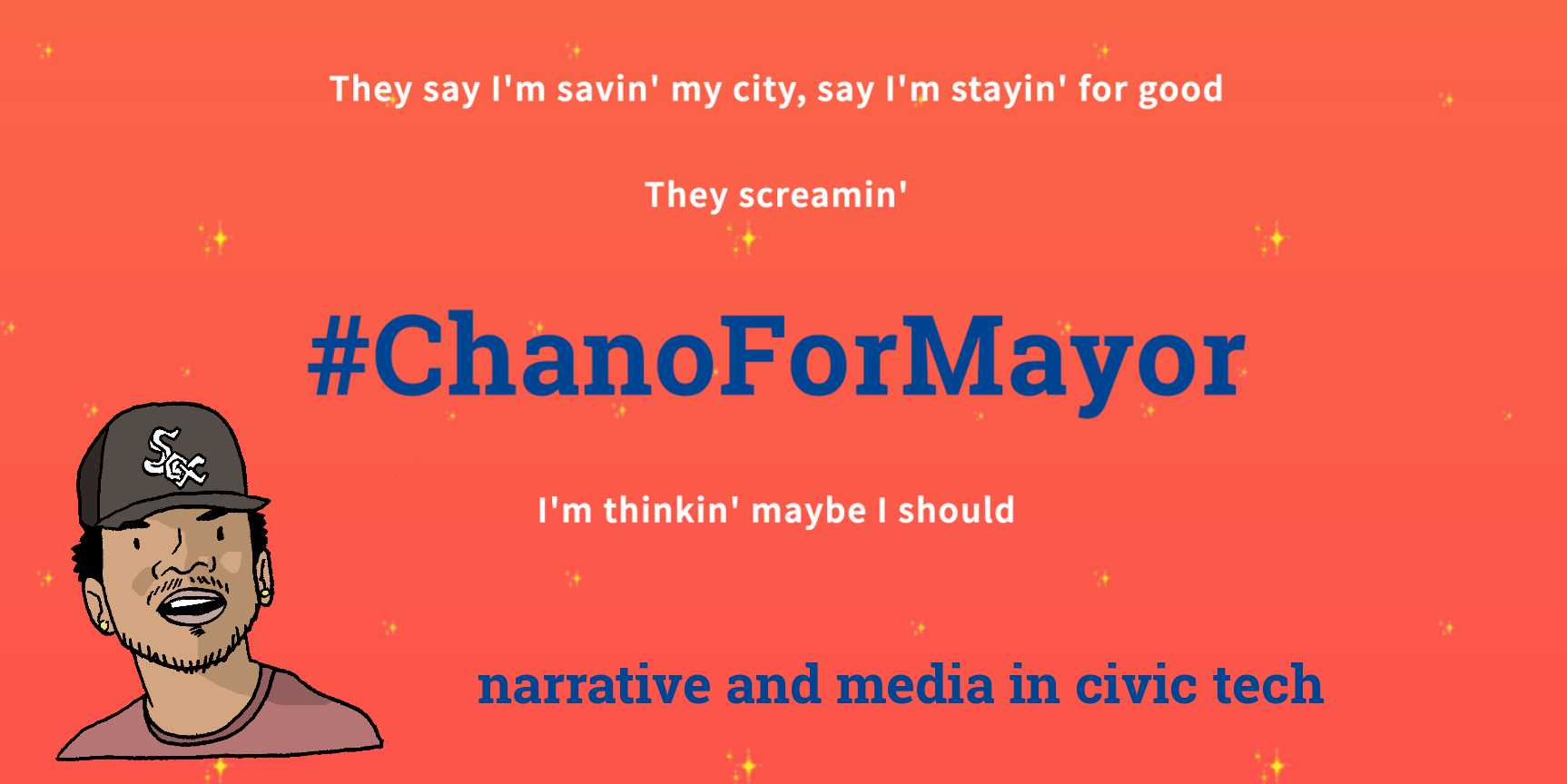 We got a lot of press for Chano4Mayor. The following are the highlights. 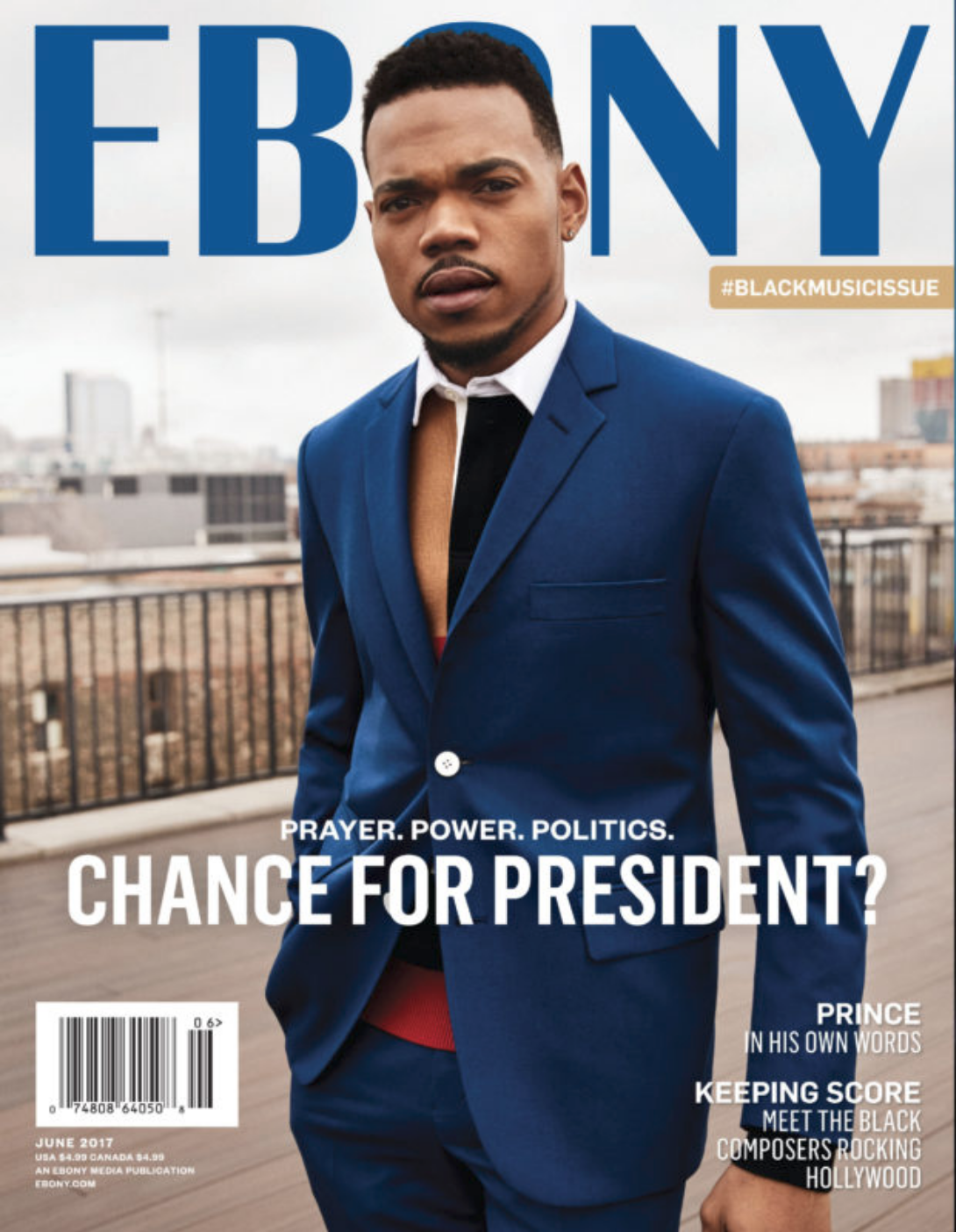 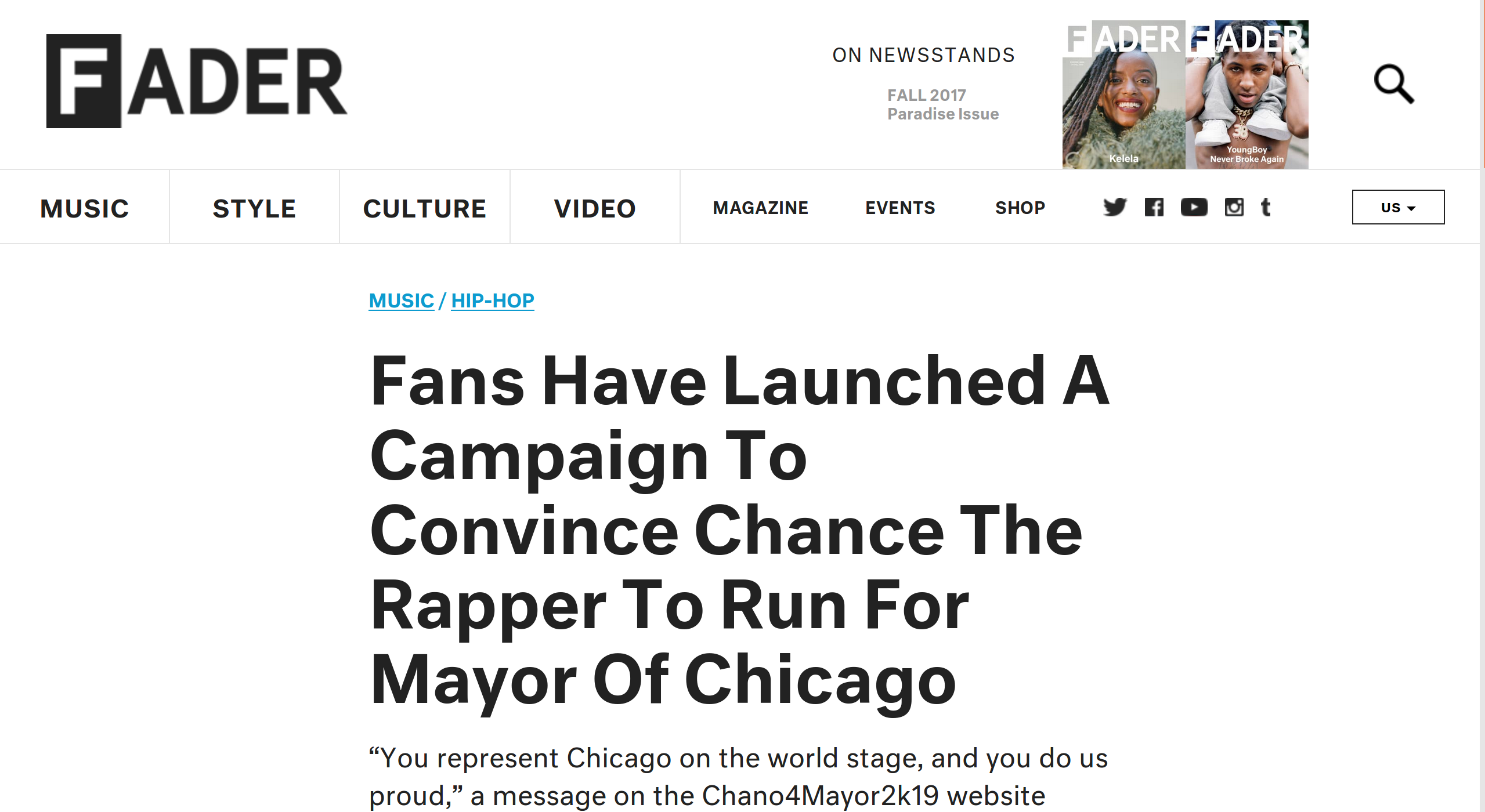 The Fader, "Fans Have Launched A Campaign To Convince Chance The Rapper To Run For Mayor Of Chicago" 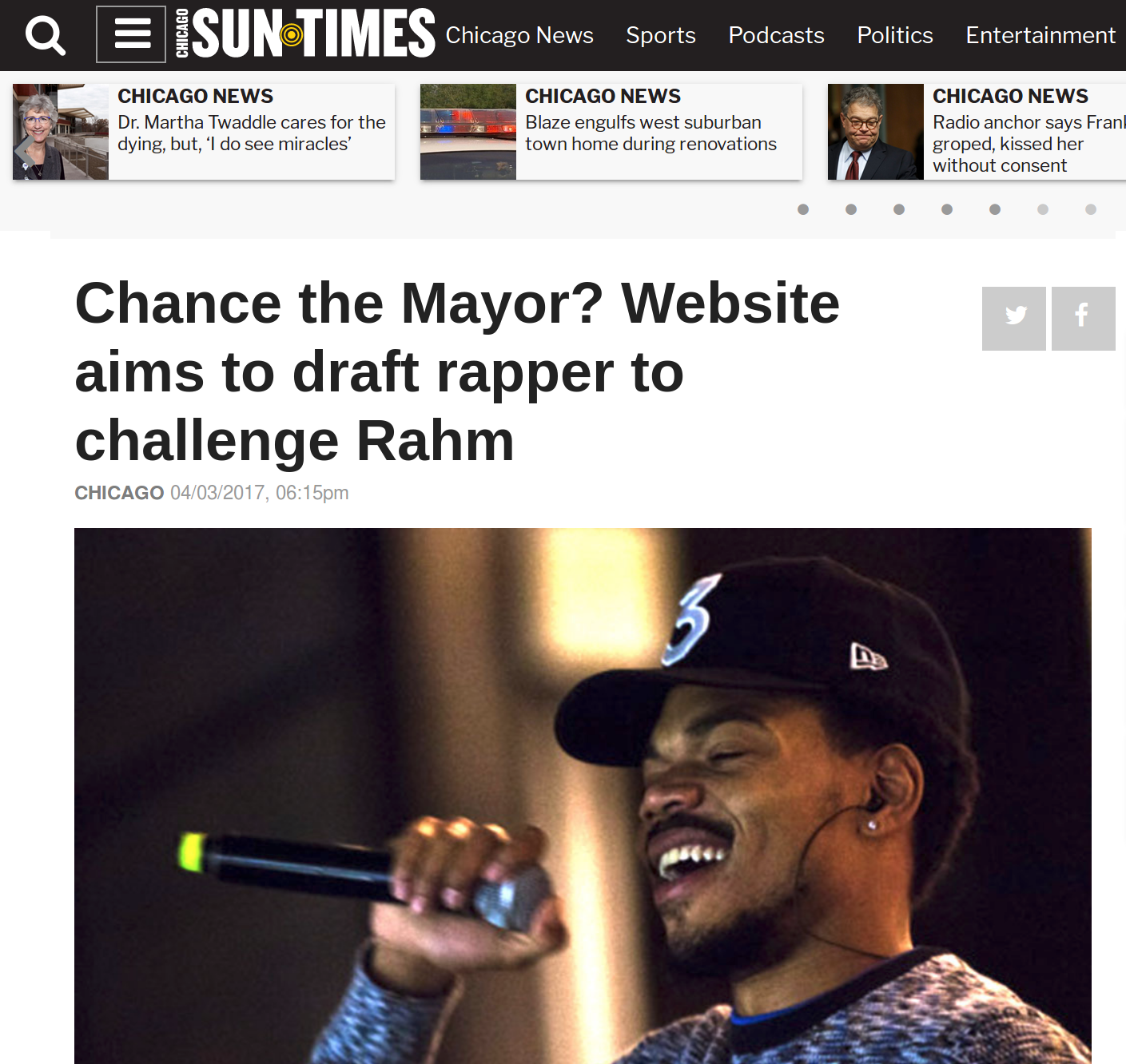 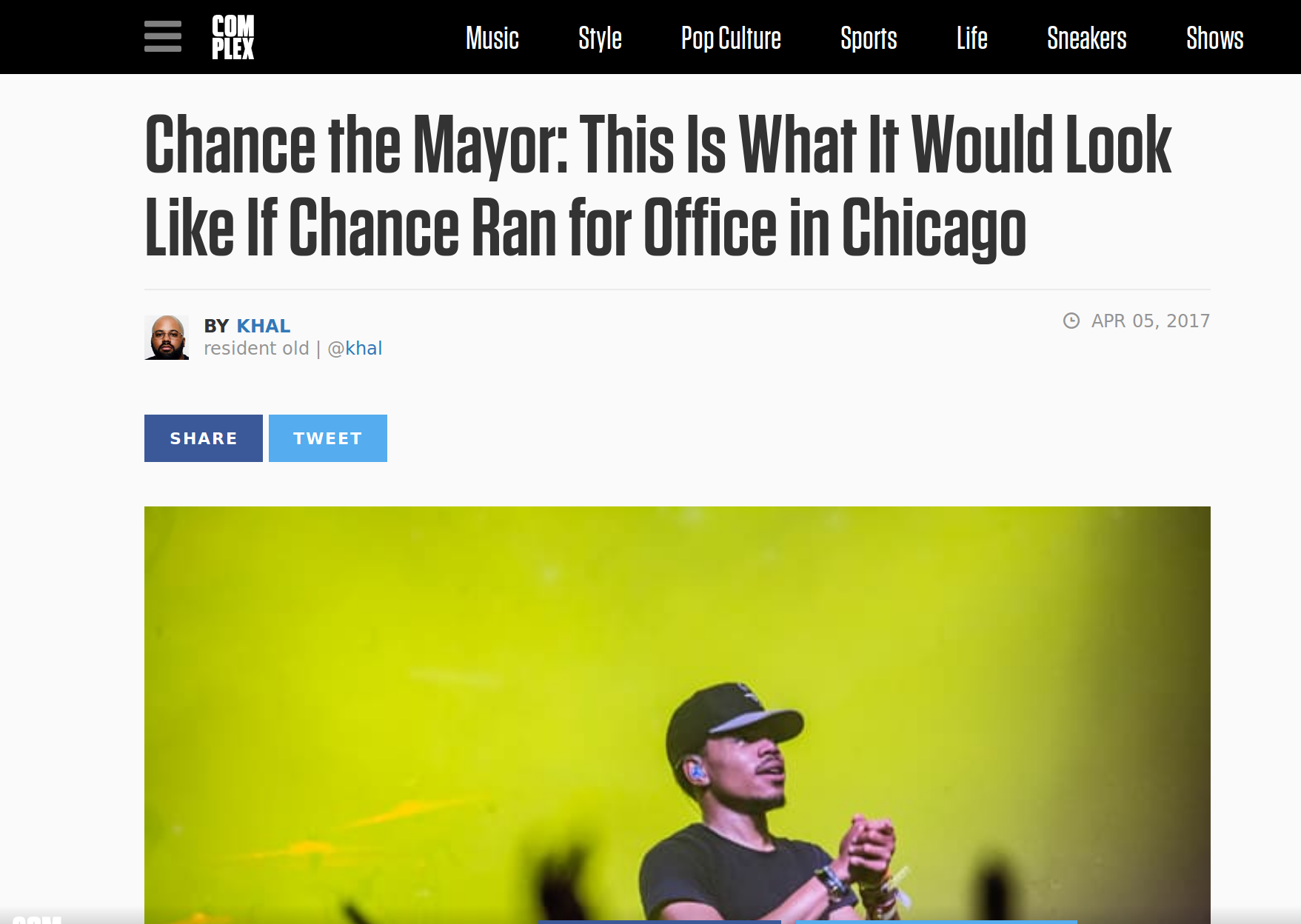 Complex, "Chance the Mayor: This Is What It Would Look Like If Chance Ran for Office in Chicago" 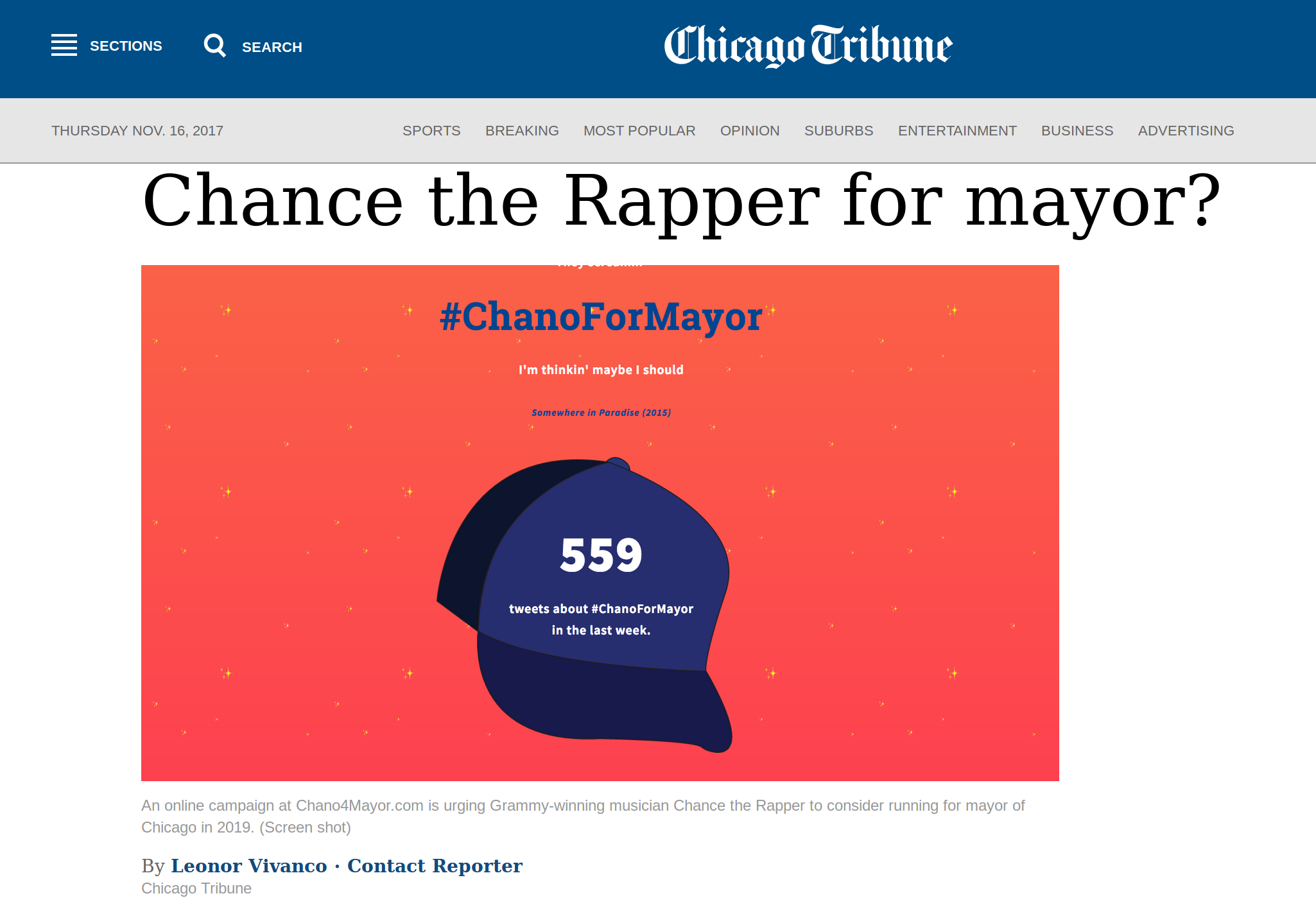 The Chicago Tribune, "Chance the Rapper for mayor?" 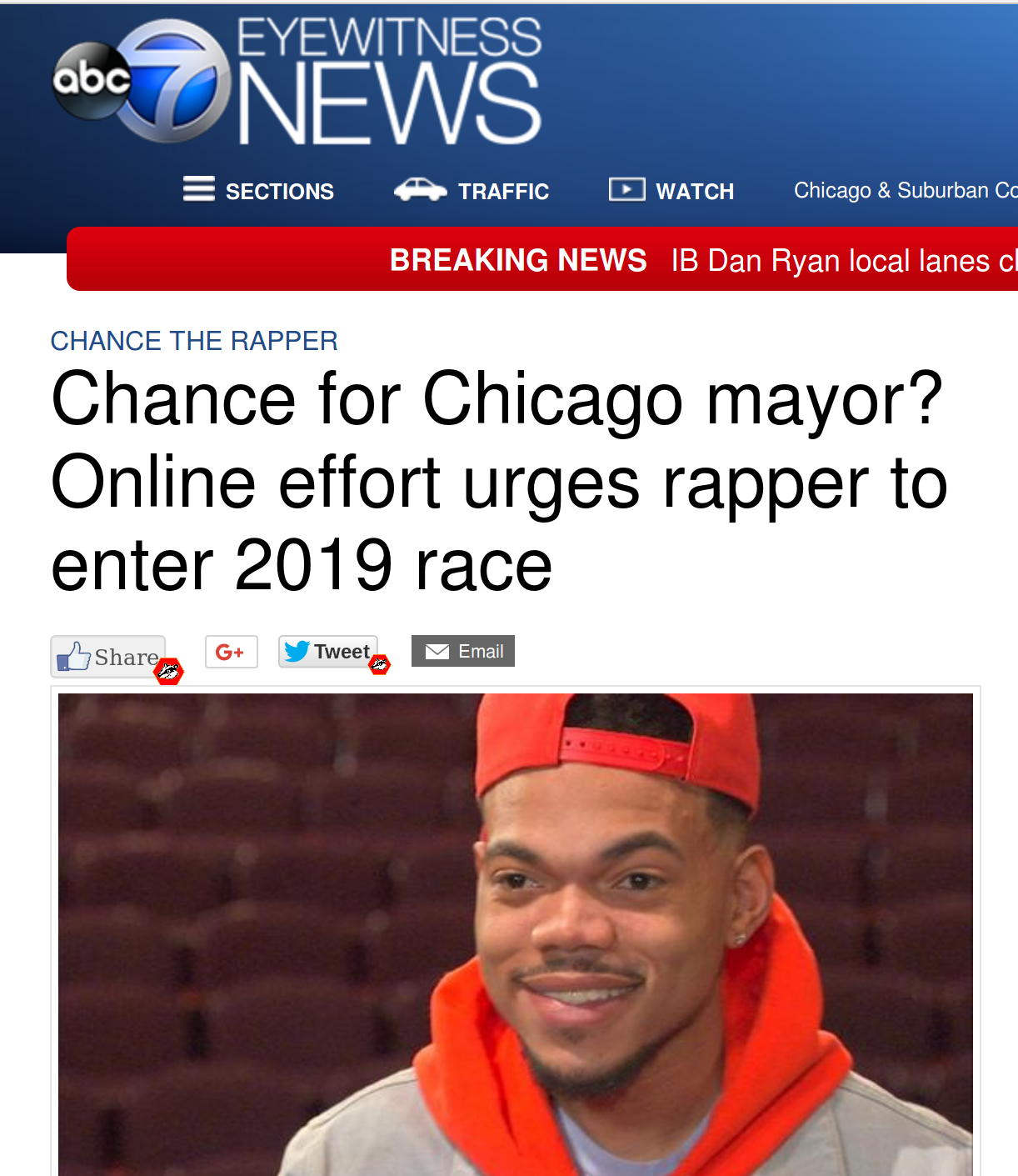