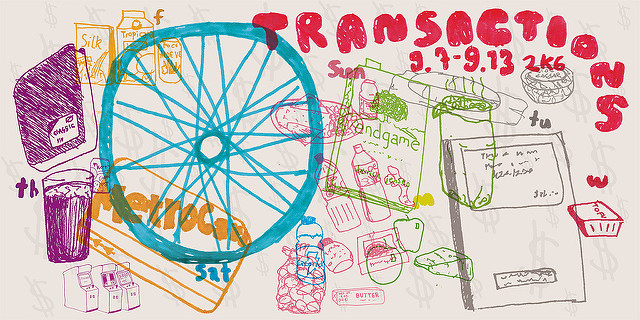 One of the best parts about testing in Django is the built-in testing tools that the framework provides. Compared to smaller, more modular frameworks like Flask, Django offers lots of neat utilities out of the box. Some of the my favorite tools are the built-in database transactions in tests.

Quick background: a transaction is a term that describes one "unit of work" on a database. Say, for example, that a customer wants to buy a widget off your website. When they order a widget, you might want to save their order information in the customer table, and decrement the inventory in the widget table. Crucially, both of those things need to happen simultaneously: if the order fails to go through, the inventory shouldn't decrement. To make sure that happens, we can wrap the two changes (update customers, decrement widgets) in one transaction, and if one change fails, the other will get rolled back, meaning that it won't ever enter the database. Since all of the changes in a transaction must succeed or else none of them will succeed, database transactions are atomic.

Why use transactions in tests?

Opinionated programmers have argued for and against the idea that unit tests should touch the database at all.1 Their points are well taken, but it's an unfortunate fact of life that we often need to test that our apps are interacting with their databases properly.

If you're going to touch the database in a test, one major benefit that transactions provide is that you can edit the database while maintaining test isolation. Whether or not your unit tests touch the database, they should always be isolated: if you run them in a different order, nothing should be different. If tests can change the state of the database in unexpected ways, they can become non-deterministic and hard to maintain, since you can't be certain of the environment that your tests will run in. If one test tries to create five customers, say, and then verify that a Customer.count() method works properly, your count will be off if a test somewhere else accidentally creates a customer object without cleaning it up (for example, during a test for the sign-up route).

Transactions provide nice benefits for testing, but it's important to note that not all transactions are the same. A "transaction" is an abstraction, not an implementation: there are many ways to make sure that two things happen simultaneously in a database. This is why Django offers two types of test cases with different transaction implementations.

The two transaction-oriented test cases in Django are TestCase and TransactionTestCase. Both test cases will wrap all of your tests in a database transaction, but they implement these transactions differently—with important consequences for your tests.

TestCase achieves isolation by wrapping tests in transaction blocks, and rolling back any changes that were made before tearing down the test. The critical point here is that updates never touch the database at all. At no point in the test will any changes reach the database. This means your tests will be lightning fast, but with no observable changes to your database.

TransactionTestCase, on the other hand, achieves isolation by updating tables and truncating them when tearing down the test. In contrast to TestCase, updates will touch the database during the test—they'll just get deleted before the test exits. With this implementation, your tests will be much slower, but they'll allow you to see changes in the database.

Why use one test case instead of the other?

The different implementations of transactions in TestCase and TransactionTestCase provide subtle but important advantages for testing data-intensive apps. Using TestCase allows your tests to be fast, but you won't be able to query changes to the database. Using TransactionTestCase will make your tests much slower—maybe even by a factor of 10—but you'll be able to query changes as you go. Together, they allow you to optimize the level of database access in your tests.

The two different types of tests came in handy when I was writing tests for The Openness Project, an app for scrutinizing campaign finance in New Mexico. The Openness Project sits on top of a large database, with millions of rows and a highly-normalized structure. But for the purposes of testing, I wanted to avoid the time-intensive task of loading huge amounts of data into a database.

To make my tests as fast as possible I avoided big fixtures, choosing instead to write a setup method that would create some dummy data that I could test against:

Then, I mixed in the method for my tests and inherited from TestCase to wrap each test in a rolled-back transaction:

This setup worked great! Even with the large number of new objects that FakeTestData created, the tests ran very quickly—thanks in no small part to the Django test framework's --keepdb option for preserving the test database between test runs:

Everything hit a snag, however, when I realized I needed to interact directly with the database. By writing a function method to count the total funds raised by a campaign, a method that ran a raw SQL query for performance reasons, I wound wound up collapsing the abstraction layer between the ORM and the database.

Here's how it went down: getting the total amount of funds raised by a campaign meant that the ORM would have to join up every transaction associated with a campaign in order to count up their total contributions. I designed the sum of funds by campaign as a simple method on the Campaign model:

While this implementation of funds_raised was nice and simple, its reliance on the Django ORM was leading to thousands of joins in the ORM and painfully slow request/response cycles. To fix the sluggish queries, I changed up the implementation to run a raw SQL query directly against the database, which could return the total count in a matter of milliseconds:

The speed problem was fixed, but I had introduced a new problem: The tests were failing, because now they relied on queryable rows existing in the database. When TestCase runs the FakeTestData.races() classmethod to generate data, it doesn't actually commit any of the new objects to the database—it holds them in a nested transaction that gets rolled back when the last test method exits. Campaign.funds_raised() expected FakeTestData.races() to generate rows in contributions_by_month, but thanks to the transaction, no such rows existed.

Now, the tests could directly query the database!

There was only one downside: switching to TransactionTestCase slowed the tests down dramatically. Note the difference in timing:

Two factors were contributing to the newly-sluggish tests: not only did tests actually have to commit and remove changes to the database, a legendary locus of performance bottlenecks, but they had to do this at the start and end of every single test, thanks to the switch from the class-scoped setUpClass method to the function-scoped setUp method.

The best of both worlds: mixing TestCase and TransactionTestCase

The final synthesis required recognizing that TestCase and TransactionTestCase were useful for two separate purposes: unit and integration testing.

TestCase fulfilled the dreams of my unit tests: it ran tests at ultra-high speeds, without touching the database at all, while still making new model instances available for testing the API. TransactionTestCase, on the other hand, met the harsh reality of my integration tests: it allowed methods to query the database directly without having to worry about altering state for unrelated tests.

In the end, I split tests up into two harnesses, test_unit and test_integration, with separate custom test cases for each—StatelessTestCase and DatabaseTestCase:

For tests that don't need database access, StatelessTestCase can inherit from TestCase to provide a high-speed test environment. For all other tests, DatabaseTestCase will inherit from TransactionTestCase to make sure that isolation is enforced.

Leave it to Django to have two separate test cases for dealing with transactions—and for both of them to prove to be huge timesavers, either separately or in concert.2